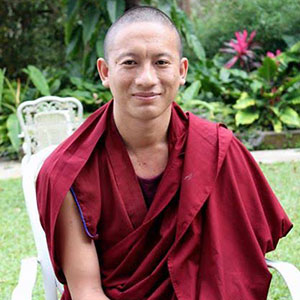 Soulful Tours adviser and expert, Dorjee Wangdue was born on 1990, 1st January in a small village named Kipti in Tawang, North East of India, Spent few years in village as schooling in local govt school, which had strong influence of Hindi language. Studied Hindi till fourth standard and learned some typical speaking Hindi language.
In 1998, around mid of august he became monk & entered in Sera Jey Monastery. He was 8 years old then and absolutely innocent and had zero ideas of Tibetan culture and Language. Then Dorjee initiated to study basic Tibetan language for three or four months as pre-joining in Monastric school,
In 1999 he took admission in sera Jey Secondary School and studied all modern educations till eight standard, Dorjee was a very hard working student from school time and he still continues his passion in the same way.
In 2006 Dorjee left school due to some circumstances, participated in Sera Jey Monastic University to study the science of mind, a course which is completion of twenty-five years, Doctor of philosophy or Geshe Degree.
In 2011 he gave entrance exam for the translation course, got incredible opportunity to learn translation for four years.

In 2013 Dorjee participated in a interfaith directed by FUR. In 2014 he graduated from translation course.

In 2015 he graduated Paramita (the perfection) class, impacted of seven years course of Buddhist Philosophy after the three years basic debate class. During the basic Debate class he graduated all the basic Computerizing course outside monastery.

In 2016 he participated in Monastic translation program. Continuing studies in Third Year Madyamika class. Started to give exam in IGNOU. A translator member of SJTP.